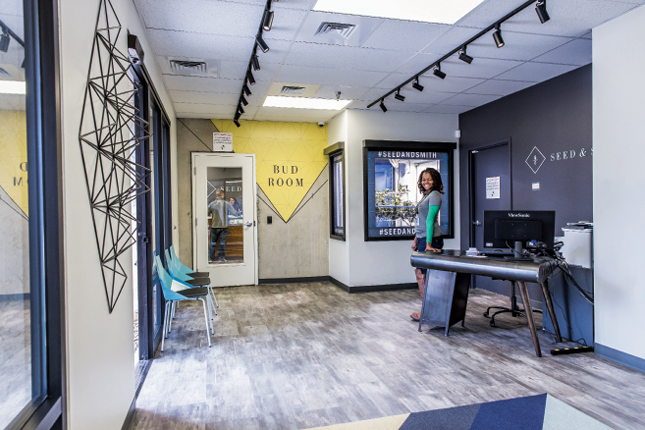 Seed & Smith’s vertically integrated cannabis facility has cultivation, extraction, packaging and retail facilities on-site at its Denver, Colo. location, and each component is showcased through the company’s complimentary facility tours, which offer transparency and customer education, according to Director of Logistics Mike Lempert.

The tours, which run Thursday through Sunday and draw 1,000-1,500 people per month, begin in the dispensary, where guests sign up in the waiting room area. A tour guide then meets the customers and takes them first to the loading dock, where guests can view a vegetative grow room through glass windows while a video explains the company’s cloning process.

“Essentially, we just give them some back story, fill them in and educate them on how exactly the plants get from point A to what they’re about to see when we open up the blinds for that room,” Lempert says. “We had a production company come in and do all the video and editing … so [there are] no actors—it’s all Seed & Smith employees on the video.”

From there, the tour progresses to what Seed & Smith calls the bloom hallway, where one of the company’s 14 bloom rooms is enclosed on two sides with glass. Guests can peek into the 1,500-square-foot-room at different angles to see flowering plants.

“The tour guide gives [a] talk about how the plant progresses in the next two weeks and turns into what they’re about to see there, and that is a room that is usually in full bloom,” Lempert says. “These plants are flowering [and] there are nugs all over the place, up against the window.”

The guests are also briefed on how Seed & Smith cares for its flowering plants, from the different light spectrum and intensities required to the HVAC, humidity control, nutrients and irrigation that are used.

“We want to be as transparent as possible when educating people,” Lempert says. “We get people who grow at home, so they know just about everything—or they think they do—and we get people who have never touched weed in their entire lives. We try to make this tour accessible for everybody, and the narrative we give is applicable to everybody.”

The second half of the tour kicks off at Seed & Smith’s packaging department, where guests can hold a pound of cannabis flower. Next up is the extraction facility, where guests can see where all the company’s concentrates are made.

Seed & Smith has recently become one of three cannabis operators in Colorado to launch a limited vaporizer device in partnership with CCELL, and the tours now work to spotlight the product, allowing guests to handle it and learn how it works.

“Part of the tour is kind of a launchpad for our products that we want to push,” Lempert says. “Let’s say we have a new strain that we want people to be aware of. We’ll focus on that on the tour. … We’ll make sure those plants are in the windows. We’ll put out some of those terpenes for people to smell. So, it allows us to focus on one specific strain or one specific product or whatever it is that we want to show to the world.”

Certain regulations come into play when bringing outside parties into a cannabis facility, and in Colorado, Seed & Smith has several rules it must follow to keep its tours compliant with state law.

For example, tours are limited to five guests per tour per tour guide, Lempert says. If a group of 10 or 15 sign up for a tour, Seed & Smith will send two or three tour guides, and the company can accommodate tours of up to 25 people. Beyond that, the hallways get too crowded and guests have trouble hearing and seeing parts of the tour, Lempert says.

Another common compliance issue, he adds, is that state law prohibits customers from bringing cannabis products into the facility, whether it is products purchased from Seed & Smith’s dispensary or elsewhere.

“A lot of people that come on these tours are coming through a larger tour company or they were at another dispensary and maybe they have a pack of joints on them, or a vape cartridge,” Lempert says. “We have to advise them prior to the tour that they can’t bring anything that has THC in it. They have to go back to the bus, back to the car, and leave it outside this building. That’s a big thing we focus on.”

“Let’s say we have a new strain that we want people to be aware of. We’ll focus on that on the tour.”

Overall, the tours aim to provide insight into the cannabis industry and its processes, much like a brewery tour that allows customers to see how beer is made, Lempert says. Seed & Smith has based its facility design around the tours, he adds, building it around transparency and education.

“Cannabis has been a secretive world where nobody wants to give up best practices and nobody wants to show behind the scenes,” he says. “We don’t want to be like that. We think [part of] progressing the industry … is allowing people to understand the processes that go into making this product. At the end of the day, this is something you’re putting into your body, and we want people to feel comfortable doing that.”

Customers have been very receptive of the tours, Lempert adds. “When people come in and they see the magnitude and the thought and the design that have gone into this, they’re blown away. It’s really unlike anything that’s out there right now that’s open to the public.”

The tours have also helped boost Seed & Smith’s sales; 30 percent of total sales come from customers who have taken the tour, Lempert says.

The success of Seed & Smith’s tours can largely be attributed to its employees, he adds. “They’re the driving force behind this—the tour guides, the dispensary staff that checks in these guests when they get here, and then, eventually, once the tour ends … in the dispensary, … they’re the ones who are doing their best and really being the face of the company at that point. So, [we are] making sure that our employees understand the company values and understand exactly how Seed & Smith wants to be portrayed—they’re that driving force.”

The company’s tours have also played an important role in Seed & Smith’s wholesale business, Lempert says. The company’s products are sold in other dispensaries across Colorado, and Seed & Smith invites companies that sell its offerings to visit the facility and take advantage of the tours to learn more about the brand.

“There are a lot of edibles companies … that every dispensary carries them, but they don’t know anything about them other than what the sales pitch is,” Lempert says. “They don’t get to go to the factory, see how it’s made—they don’t know what goes into it. So, that has been a huge competitive advantage for us.” 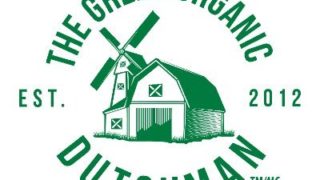 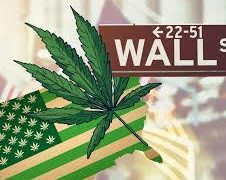 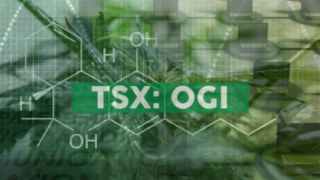 Why Pot Stocks Could be Set to Surge (APHA, CURLF, SGMD, GWPH) 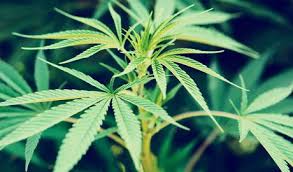 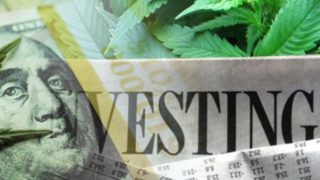 Watch Out For This Marijuana Stock 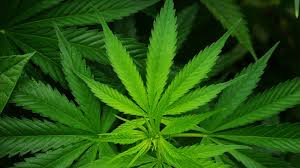 A Look at Sugarmade Inc (OTCMKTS:SGMD) as Election Fever Heats Up 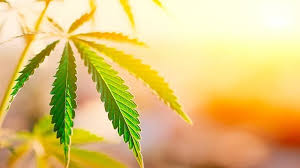